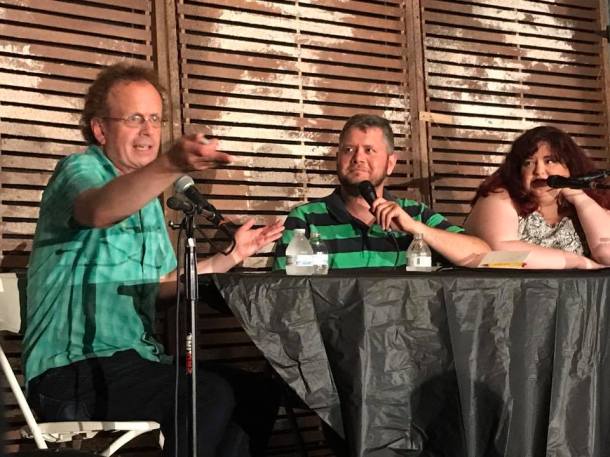 This weekend, I had the privilege of sitting down to chat with comedy legend Kevin McDonald. My friend and Ooh Ooh Revue captain Moxie Easton assembled a comedy extravaganza at Modern Studio with stand-up, improv, sketch, and Kevin at the core. We began the second act with this live interview, where Moxie and I picked his brain about how sketch comedy has changed, the bizarre dynamics of voice acting, and how Flaming Lips albums compare to one another. It was a lot of fun to get all academic about comedy in front of a crowd with someone who (as I said in my intro) is fairly responsible for the current state of it. I look forward to doing this again.

Enjoy the live recording here and feel free to pass it along to other fans of Kids in the Hall, Lilo & Stitch, Invader Zim, Toronto’s comedy history, or… that covers pretty much everyone. A couple of notes on the recording:

Enjoy the interview! If you’re in Eastern Tennessee and are interested in checking out what’s sure to be a riot of a musical revue, tickets are now available for Ooh Ooh’s First Friday show, which I’m excited to guest-MC. This will start at 10pm on August 4th (after the 7pm stand-up show at Pretentious Beer Co.).

One thought on “LISTEN: My Interview with Kevin McDonald”