I’m back in Knoxville and slowly recovering, so here is a mostly retrospective comedy post. Thanks to everyone for the great shows and great times in LA last week.

Thanks to Ian Abramson and Christy Coffey for having me on Modern Vaudeville to tell some stories about my Great-Grandfather and the resurgent afterlife of Vaudeville. It was great to meet some funny people from all over, and it was a real treat to be in a lineup with the legendary Scott Thompson (doing a new bit as Buddy Cole) and the perpetually-wonderful The Sklar Brothers. It was also a fun coincidence, since Thompson was one of two Kids in the Hall I’ll be performing with this summer (July 22nd at Modern Studio with Kevin McDonald; mark your calendars). 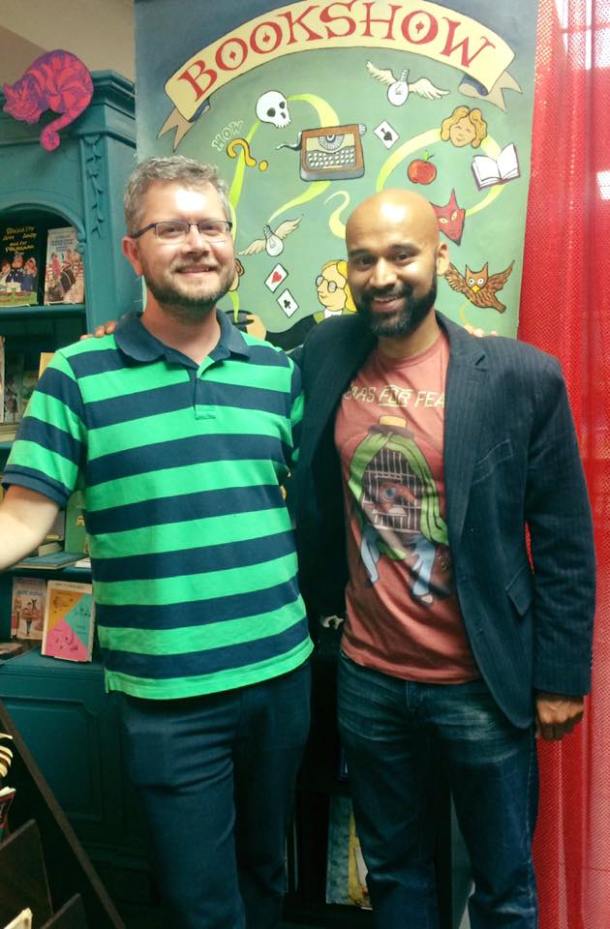 Thanks so much to my great friend Sumukh Torgalkar for having me perform on his monthly, Laughterhouse 5: A Book Shop Comedy Show right in the heart of Highland Park, perhaps my favorite part of LA. He also wore his Tears for Fears shirt and a blazer over it, which he won’t do for just any show/one. It was a real treat to meet the funny people who rounded out that lineup and to see the perpetually-wonderful Carmen Morales for the first time in (I think) two years. By the way, LA Friends, check out BOOK SHOW on Figueroa; that places rules and is run by a CT native.

And last but not least, thanks so much to Jason Van Glass for having me on not one but two of his and Rob Schultz’ carnivals of laughter, SET LIST at The Pack w/Sean Conroy! on Thursday and Gangbusters! w/Eliza Skinner! at the Clubhouse on Friday. It was a blast to be able to discuss Christian emo and Milton Bradley (the baseball player) with a room of strangers at the former, and perform with the perpetually-wonderful Eliza Skinner and see some great up-and-coming improv’ers at the latter. By the way, LA friends, try to see the group McFly if you have a chance. They are very young and very fucking funny.

Anyway, because as that really, really bad song says, there ain’t no rest for the wicked, you can find me running material inspired by this trip tomorrow night at June 21st Open Door Comedy Where We Return From Hiatus. at Scruffy City Hall, and MCing for those hilarious Midwesterners Samantha Rager and Keith Bergman on Thursday night (Sugar High w/Sam Rager).