Here’s the long and short of it: Sean and I realized we had a few days in which we’d both be escaping Knoxville for holiday-time visiting up in The Land of Superior Pizza (commonly known as Connecticut), so with the help of my good friend (and our local feature) Beecher, we lined up a New Haven show! We’re both incredibly excited for what (I think) is our respective first times headlining in our native state. This has also been an idea in the works since we started performing together last fall in Tennessee.

Of note, we’ll also be appearing on Connecticut Rocks! at 6pm on WNHU 88.7 FM that night to promote it, and maybe another media appearance or two. That being said, if you have a blog or podcast, we’d love to appear on it and convince your audience that people in the South actually have a pretty good sense of humor sometimes. I’ll make sure to keep those updates posted here or at least on twitter.

I’m also working to shore up details on some solo shows in Providence and Boston and maybe even New York. Maybe.

Anyway, join the Facebook event and get your tickets now for Cafe Nine,  we’ll guarantee you a major non-denominational Holiday hug and the kind of good cheer you can only get from the home of Michael Bolton and Hatebreed. 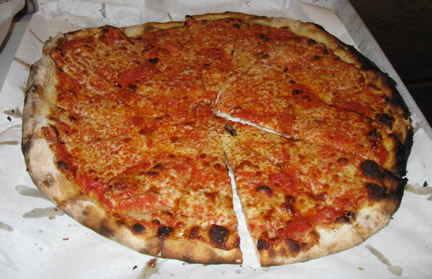 "Tell me again what the body's for, cause I can't feel it anymore..." ___________ #nowspinning THE PAINS OF BEING PURE AT HEART - 'BELONG' (2011, @slumberlandrecords) ___________ [To be read à la Godfrey Jones apologizing on 'Rock Bottom'] Sometimes in our mad pursuit of generating quality content for dozens of likes, we here at Tyler's Obnoxious Music Collecting Instagram Account sometimes... make mistakes. We would like to apologize for the following oversight: this album came out in 2011 and has at least two candidates for Top-60 tracks, if not possibly sneaking into his top 10 albums list, see, Tyler forgot it came out this decade until just recently. Maybe he conflated it with their first album, which dropped in '09, we don't know. What really matters is, that TPOBPAH, despite having a name that clearly started out as a joke but they didn't change in time to become famous, were crucial in establishing Slumberland as a righteous tune factory for the 21st century. Was this better than their self-titled? Sure, why not. [Btw, I missed the boat on the #springfieldvinylchallenge, but I'm gonna give it a shot starting next week, because rules? There are no rules, and your manager says for you to shut up!] ___________ Top Tracks: 1. "Belong" 2. "My Terrible Friend" 3. "Anne with an E" ___________ #thepainsofbeingpureatheart #belong #whitevinyl #slumberland @kipberman #kipberman #brooklynband #peggywang #indierock #beautifulmusic #vinyligclub #vinylcollection #vinyl #recordoftheday #c86worship #myterriblefriend #turntable #33rpm #indie #brooklyn #recordcollection #homerbadman #simpsonsreference
CRASS - 'PENIS ENVY' (1981, Crass Records) #nowlistening _________ Every time I finish listening to this record, I feel like I've just blacked out, come to, and the patriarchy's been dismantled. Sadly, that's never really worked, and these songs are just as relevant now as they were 40 years ago, but it's still a nasty masterpiece (nasterpiece?) and essential listening. Eve Libertine takes the keys from Steve Ignorant, and everyone steps up their game. Even Penny Rimbaud gets major creativity points for mixing it up on the drums. John Loder still being John Loder, of course (#genius) makes this sound like nothing else. Oh, and this pressing also includes "Our Wedding" as an unlisted track, and BOY IS IT UNSETTLING. ___________ Top Tracks: 1. "Poison in a Pretty Pill" 2. "Where Next Columbus?" 3. "Bata Motel" ___________ #crass #evelibertine #penisenvy #crassrecords #anarchistpunk #anarchyandpeace #feminism #anarchopunk #pennyrimbaud #fuckthepatriarchy #33rpm #turntable #vinylcollection #vinyl #punkrecords #classicpunk #artpunk #essex #gender
"I know what I want to do; I'll take it on the chin for you!" __________ CHIXDIGGIT - S/T (1996, @subpop) ___________ Tonight I played my first organized, full-pads hockey game in... 15 years? Yes I'm sore and I sucked, but I'm kind of elated. So I decided to celebrate my return to Canada's national sport by pulling out a quite Canadian band...nay, the MOST Canadian band*! Not only does this kick ass (I don't make the devil horns for just any record), this may also be the least pretentious record ever made. They have a song called "I Wanna Hump You," for crying out loud. And it's GOOD. Also, on at least 5 occasions, @kjchix yells out "Let's rock," and his band mates proceed to make that shit happen. This rules, and I'm never gonna let the world forget what a favorable review @pitchfork gave this album, which they then scrubbed it from their website because they're cowards! Also, THIS CAME OUT ON SUB POP. Yeah, let that sink in with your underwhelming singles club subscription!! 🙊💅 awww that's right; the toilet seat's coming down, jerks (whatever that means) 🚽 . Oh! I also learned what the Coquihalla was from this thing 🌄🗻🚐 so, thanks for the 🇨🇦 geography lesson. One of many this band has in their catalog. *No disrespect to Rush, who are true legends but I own none of their records. RIP Neil Peart. __________ Top Tracks: 1. "Where's your Mom?" 2. "Hemp Hemp Hooray" 3. "Stacked Like That" ___________ #chixdiggit #subpop #calgary #poppunk #alberta #canadianmusic #canadarocks #hemphemphooray #kjjansen #powerpop #vinylcollection #punkvinyl #vinyllovers #turntable #33rpm #vinyligclub #vinylcollectionpost #🏒 #recordoftheday #powerchords #wheresyourmom #letsrock #henryrollinsisnofun #323 #gerrycheevers #vinylrecords #vinyl #ogpressing #coquihalla