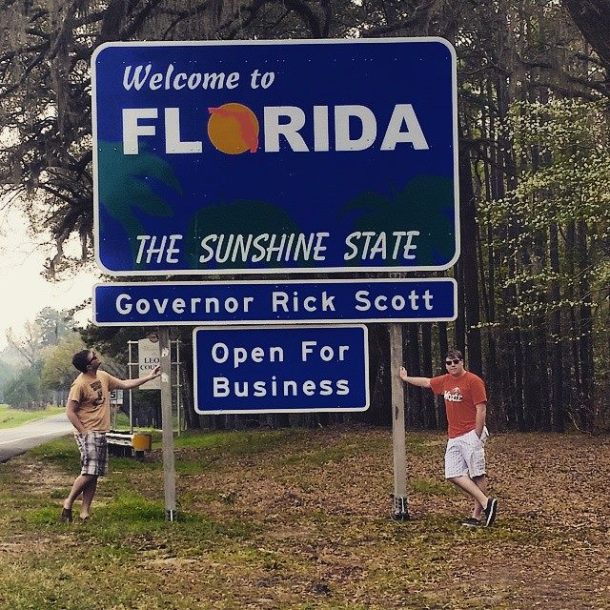 The Sonic-Simon Comedy Weekender was an absolute blast. Sean and I both returned to Knoxville (and by proxy, our academic careers), so neither of us have a whole lot of time to stop and actually give a proper tribute to all the excellent humans who gave us shows, good times, and/or places to crash since we took off for Atlanta last Tuesday. But in the interest of putting your names out there into an easily searchable interface for future employers, here is a quick run-down.

ATLANTA – Thanks to Jan for feature spots at The Local show; it was a great warm-up, and cool to see some of Atlanta’s up-and-coming talent. Also, great sets to the other features, Paige Bowman and Brian Emond, both of whom are hilarious. Special thanks to my erstwhile Ragnarok 3.0 tour mate, Evan Valentine, for putting us up. He wasn’t able to join us onstage because he was making shit happen on the internet (into which you should look). 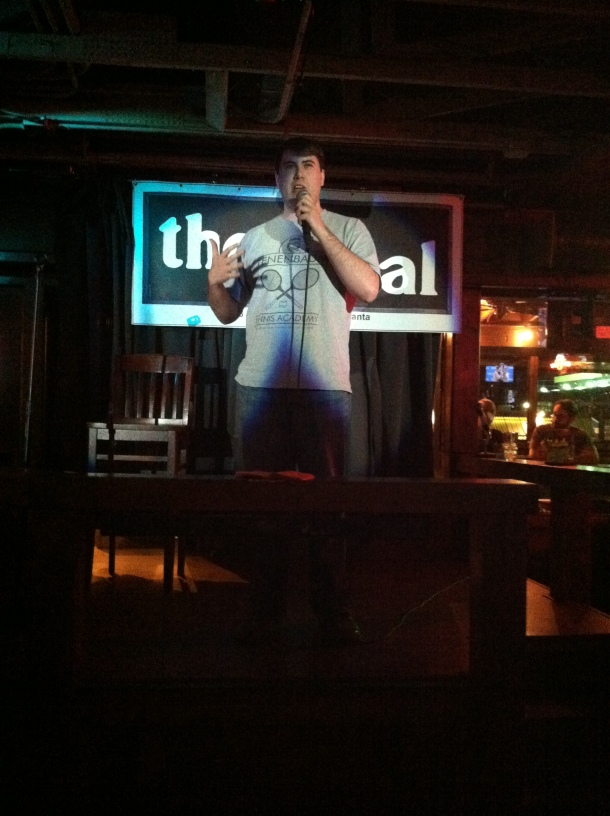 TALLAHASSEE – Thanks to Ryan Mawson for organizing and Scott Peavy for hosting our first time in your fair city, at Bird’s. Great burgers as advertised, and the crowd was fun and totally still on board for our sets at the end, against all odds. We got an AirBNB here, which was particularly wise, and our host Alexandra even came out to the show to see us, despite running on barely any sleep. Whatta cool lady.

Scott Peavy opening up the showcase at Bird’s, Tallahassee. 3.18.15

GAINESVILLE – I’ve gone on record about it before, but this city fucking rules. I spent the whole first half of the trip hyping it up to Sean, and it completely lived up to its hype. The High Dive was great to us, and the crowd was wonderful. Thanks to Gregg Cee for organizing it (and getting me irresponsibly drunk, fortunately later in my set), as well as Rara Imler, and the Orlando comics who drove up to feature. Jacob Galang wins the “best joke we saw while on tour” award. Shout out to our wonderful hosts, team Double-D. They know who they are.

SAVANNAH – This city also fucking rules. Thanks to our hosts at that wonderfully college-y house we stayed in and for showing us around the miniature Heaven that this city is, including Tybee Island. I couldn’t remember the last time I’d seen the Atlantic Ocean, honestly. Anyway, it was fun. The Wormhole was a super cool venue, and per usual, “Diamond” Joe Pettis (a nickname I just made up for him) was great for giving us feature spots on his touring underwear comedy extravaganza. The crowd was phenomenal for this one, and Sean has some pretty neat Batman drawers. 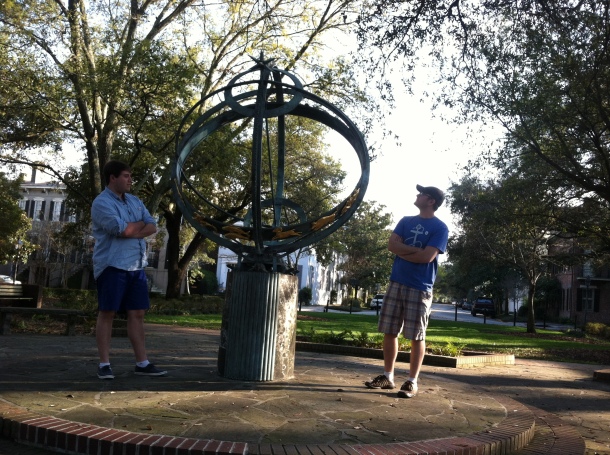 If we spin fast enough, then maybe the broken pieces of our hearts, will come together but ain’t no gyroscope can spin throughout a Dismemberment Plan Reference! (SonicSimon contemplates physics in Savannah, 3.20.15).

GREENVILLE – We wish we could have seen more of your city than the Tealoha and the Pita Pit, but alas time was of the essence. The crowd was small but damn were they a lot of fun. Thanks to Craig Holcombe for setting it up, Amanda Holcombe for holding it down, and Boston McCown for surprising us (sort of) when we got to town and opening for us. This show proved the maxim that when it comes to audiences, quality >>> quantity.

KNOXVILLE – You were all so sweet to us. Thanks again to Boston McCown for letting us co-headline. It was the first time in a while I’ve stretched-out like that onstage and let my brain run wild, and it was a blast. We will always love Preservation Pub.

KINGSPORT – Hunter Roberts’ show at Sleepy Owl, even when it’s not on, is still better than most. Sean was unfortunately tied up with work, so Riki “the Real Hebrew Hammer” Higgins (a nickname I just gave to her) joined me for the ride up and a quite fun guest spot. Thanks to Tara White for bringing her coworkers, and thanks again to the cool-ass people who run that brewery: Brian, for helming the ship, and “Big D” for serving up drinks at the bar. I’m so proud of myself for not making a single reference to “the Kid’s Table.”

Alright, that’s all I can squeeze in for now. If any of you are interested, we’ve got a handful of obsolete tour posters (that still look very cool) left over, as well as still-very-relevant “band” buttons available if any of you kids want ’em. Stay true to yourselves. Be in touch. 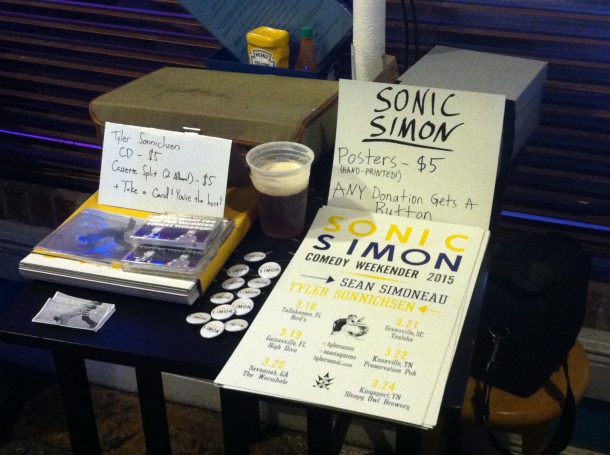