Three wonderfully turbulent days, four and a half sets, gallons of PBR, and one impassioned Oasis singalong with Trae Crowder later, the Orlando Indie Comedy Fest is a wrap. I’m still waiting on more professionally shot photos from the fest to show up online; the only one I’ve seen so far is a camera phone shot of me performing in my boi Joe Pettis’ Underwear Showcase at the Spacebar, and my body looks like a pile of shit. Time to hit that treadmill. But for now, here are a few photographic highlights since I know none of you like reading anymore. Please listen along to Miami Sound Machine or some other Gloria Estefan project as you scroll down.

A nice old man eats alone at Beefy King in his usual spot in the corner, contemplating life, wondering if he should have taken that job in Ocala back in ’86 that moved him and his family down here. Maybe he should have stuck it out in Chattanooga; after all, things did improve there. Would Rebecca have stayed with him? Maybe they just weren’t meant for each other. It would be easier for him to mull these things over and enjoy his pastrami sub if it weren’t for that group of loud, irony-loving motherfuckers next to him.

My good friend, host extraordinaire, talented drummer, and shoe guardian Larry Fulford took this picture to capture that singular moment when three carloads of comics all converged all serendipitous-like on Beefy King, one of several “Orlando institutions” that we pillaged over the weekend. In this photo are several of the great people I had the chance to meet and perform with this weekend, including (at the back table), comic and festival organizer Tom Feeney IV, Dave Losso (at the middle table, behind the black beard that looks like the hair on one of those things you used to knock over with wooden balls at the arcade), and Dan Muller from Chicago (across from Losso, behind the invisible beard and under the ginger hair). The festival also gave me the excuse to see old friends from around the Southeast and around the country, including Greenville’s Tom Emmons (behind the Leopold II beard, scowling, wondering when to unleash his catchphrase “RIGHT!??” on America), Orlando’s Alex Luchun (across from Tom, eyes closed, probably because he can’t get over how ungodly funny he is), Pettis himself from Atlanta (with the clearly fake tattoo sleeves), my travel companion and Knox-Comedy partner in poorly-organized crime, Trae Crowder up front next to Joe, and some fuzzy out-of-shape douche with glasses that reflect the wonderful flourescent lighting fit for Beefy King. 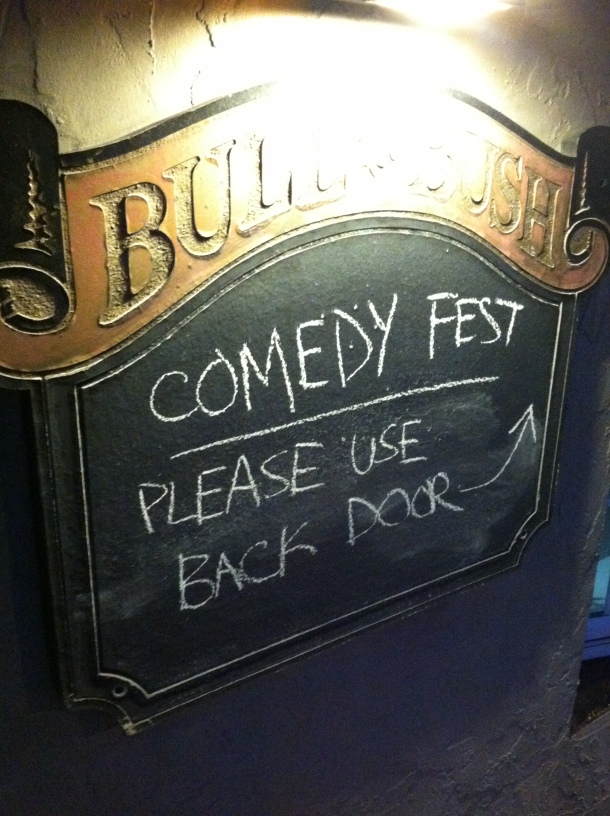 Night two in the Milk District. Where have we seen this before, AMERICAN SOUTH?

I had a little bit of spare time on Sunday to check in with my favorite TV presenter and part-time rapper Xzibit, who, as many of you probably don’t know, actually lives at Rock n’ Roll Heaven on N. Orange Avenue, arms crossed, angrily staring at the wall. Here’s a photo of me with X taken by my cousin Jen toward the end of 2010. On a serious note, do check out Rock n’ Roll Heaven when you’re in Orlando. It’s an amazing shop, and if they ever get rid of this cut-out, it’s MINE. 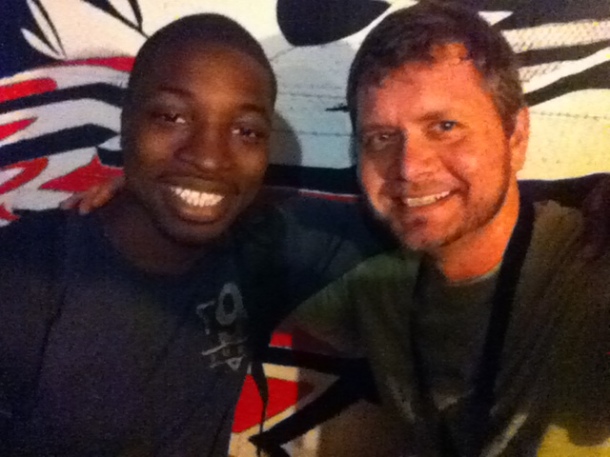 It seems like only yesterday when Jovan Preacher Lawson was out-performing me on open-mic stages around the Orange County area in California. This weekend, I had the privelege of seeing Preacher out-perform me on a packed showcase in Orange County, Florida. Dude is funny and has more energy than any tweaker from either Orange County. It was great to see him after all this time. He left Cali before I did, for the same reason I did (school) and has been killing it in Florida.

One of the most pleasant surprises was getting to meet my new friend Kapil, the older brother of my good buddy Sumukh Torgalkar (one of my favorite people in comedy and one of the funniest people in Ohio). Kapil and his friend Steve came to not one but TWO of my shows on Saturday night, and Kapil even stopped back through to hang out on Sunday evening as we counted down the Festival at Will’s Pub. Thanks, Kapil!

I also got to meet (in person, finally) the gracious and silly Andrew Polk and Joe Cardosi of New Orleans #MassiveFraud fame. They have done more for their comedy scene in NOLA than almost anyone in any other city in God’s America, and it was cool to get to perform with them in Orlando. Here Andrew is before the Kyle Kinane show at Will’s Pub. He may want to make you think that cable was running directly into his ass, but he was just charging his phone! Crazy, right? 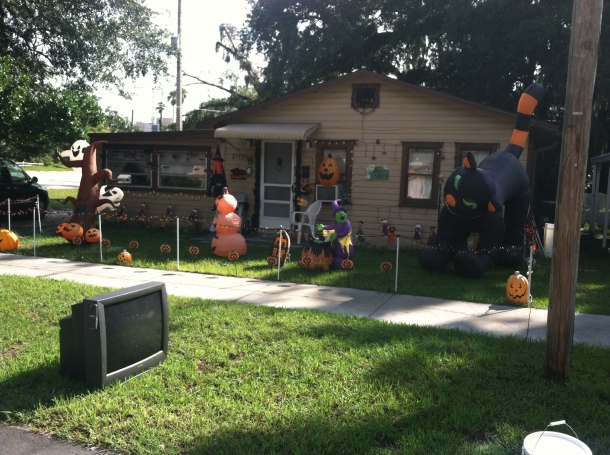 These people weren’t trying to give away their TV. That’s just where they needed to move it outside to accommodate the Haunted House inside. When I asked to pay to tour it, they said no, though.

This picture has nothing to do with anything, but if you’re in a shitty Americana/folk band and looking for a group photo for your next record, I got you covered.

As I was saying, the weekend was phenomenal, and as I told the festival organizers between voracious bro-hugs, they did an amazing job, particularly considering how little festival experience they had between the five of them. They made a good team, were responsible for absolutely zero major fuckups (which happen all the time at first-year events, believe me), and most importantly, were some of the nicest guys you’d ever care to meet. And don’t even get me started about how great the other local Orlando comics did as both performers and stewards of their city. What a goddamn scene they have now. Trae and I both had a great time, and we miss you all already.