On the Road / Uncategorized

2271 miles, 7 states, and 12 shows later, Ragnarok 3.0 is a wrap. Gratitude cannot be adequately expressed to all the comics and friends who offered stage time, beds/couches, or even just laughter and kind words after shows. It’s never an easy road, but you all make this worth it. 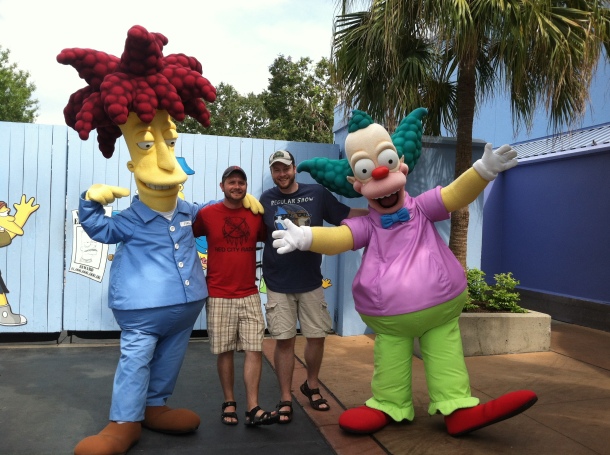 Get a pen, Sideshow Bob!… THUD

Extra respect for my great friend and tour-mate Evan Valentine, who managed to sneak out of Atlanta to do a bunch of these dates despite July gradually turning into the most insane month of his life. It wouldn’t have been the same without him, especially considering how we MET KRUSTY AND SIDESHOW BOB AND WENT ON THE MUMMY RIDE TWICE AND ARE NOW COOLER THAN ALL OF YOU.

I don’t have enough time to write about all of the highlights here, but there were plenty. Performing to a crowd of 120+ in Gainesville, having Ron White open for us (he showed up to do a spot at our Atlanta show on Monday and didn’t want to wait… still counts), being told by a younger comic in Pensacola that he was in “absolute awe of me” (always flattering and surprising), and of course, catching up with a bunch of old friends and making plenty of new ones. Words cannot express the hospitality and warmth that the South has shown us, particularly in comics Andrew Healon (New Orleans), Gar Harris (Pensacola), Larry Fulford (Orlando), Joe Coughlin (Columbia), and numerous others that were so helpful and generous with their time and places.

Here are a quick few photo-highlights. 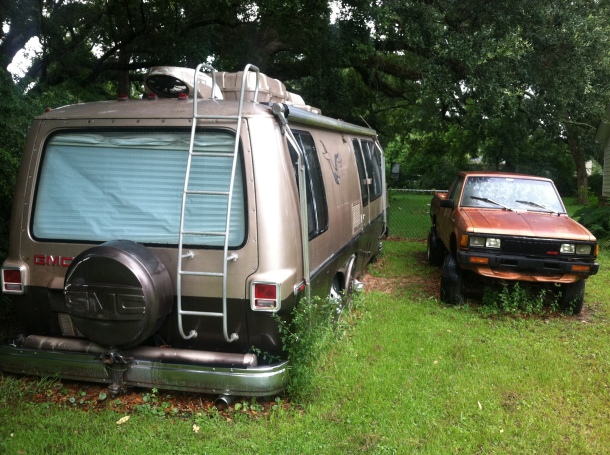 The most interesting portion of Gar Harris’ front yard. That’s one of the few front-wheel drive RVs in existence, and damn if he’s not fixing it up for a future road trip/tour. Not pictured: his motorcycle.

With some old friends in New Orleans. Ashley drove in from Baton Rouge, Azu came straight from her Megabus, and Eritria happened to know half of the comedy-people there. All are producing cool stuff in very different ways; click the links on their names for more info. I’m sorry this is out of focus. I’m so sorry.

I don’t see any Ron White dolls out there! You have to give the guy props for hitting a bunch of indie shows around Atlanta to work on new material while he could headline arenas. Seriously, does Foxworthy even know this exists?

My soon-to-be-friend Morgan’s left leg after our show in Columbia. She is 22. I have faith in this newer generation.