Oh man, you guys remember when The Vines were the saviors of rock n’  roll? You remember when Rolling Stone saw fit to declare rock officially “back” on the strength of Craig Nicholls’ crazy ass? They could easily have put the Strokes or the White Stripes or The Hives (three bands also listed, all with more staying power) on their cover, but NOPE. The Vines. I don’t know why this specific memory has been me so much recently. I think it has to do with the value of hindsight and a conversation I had with my friend Laura, who was visiting me from Long Beach last week. She told me she wanted to introduce me to a new friend she had made out there named Alan, who accompanied some band on tour who “made her lose all respect for Green Day.”

“Why?” I asked, not necessarily intent on defending Green Day’s honor.

“Because they were doing a sound check, and apparently the guy from Green Day came out with a riff that was going to become ‘American Idiot’ and Alan’s friend was like ‘what the fuck! that’s our song!’

“Wait a minute,” I interrupted, “I think they lifted the riff from ‘American Idiot’ from a Dillinger Four song.”

“Oh wait, let me text him, I think that’s who he was on tour with…”

“DILLINGER FOUR ARE THE GREATEST BAND IN THE WORLD,” I blurted out, frightening her (to a point). It turned out that, yes, her friend Alan is buddies with Paddy Costello, bassist and vocalist from D4.

When we got home, she recorded a video of me yelling along with “D4 = Putting the ‘F’ back in Art” and sending it to her friend. I began a mass-revisiting of the D4 catalog, reveling in the quartet’s sheer brilliance that people are still going to be picking apart and smiling about decades from now. I remember looking at my friend Matt’s issue of Rolling Stone that evening in our friend Andrew’s dorm room back in 2002 with a subtle cocktail of skepticism and disdain. While I was only vaguely aware of Dillinger Four at the time, I can safely say in retrospect that, while Rolling Stone were re-framing the end of the century as the nadir of rock to help sell a new wave of marginally talented (depending on my mood; Is This It? is a fairly solid record) bands, THE GREATEST BAND IN THE WORLD WERE IN THEIR HEYDAY (1997 – 2003). That’s the history of popular culture, I guess. God, Rolling Stone is such an easy target. I never said I’m not lazy, but I just can’t pass up an excuse to shove some MPLS down your collective throat, internet.

Anyway, here’s what’s on the burner for the next couple of weeks here in Knoxville and around.

Wednesday, May 27th
The Inaugural Weirdo Wednesday Show
The Longbranch (1848 Cumberland Ave, Knoxville)
there’s no facebook event and I’m not sure if I’m even performing…that’s how fucking weird it is. But my buddy Jake Watkins is doing some music, along with Jason Boardman, to inaugurate this monthly night of goddamned strange fun. Come by!

Sunday, May 31st
The Upstairs Underground Comedy Show
Preservation Pub, 8pm, No Cover
FB Event
Doing a spot before my boiz Dustin Meadows, Mike Meyers, Mike Kolar, and Walter Hemmelgarn (all from Ohio) bring the roof down on the place. 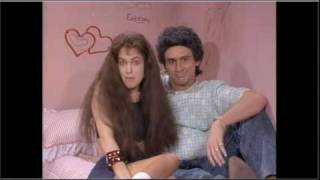 Monday, June 1st
QED Presents: Struck a Nerve
The Pilot Light, 7:30pm, Pay what you want
FB Event
Dustin Meadows’ pop culture mixtape show comes to Knoxville!! I’ll be doing my presentation on how I learned about 1990s social studies through the filter of In Living Color. Other comics will be presenting other pop culture love.

There you go. Come support local/live comedy and as D4 says “celebrate the ugly things.”